ESG factors are playing an increasingly important role in the formulation of investment outlooks—applying a sustainability lens to every element of macroeconomic analysis is now, in our view, mission critical. 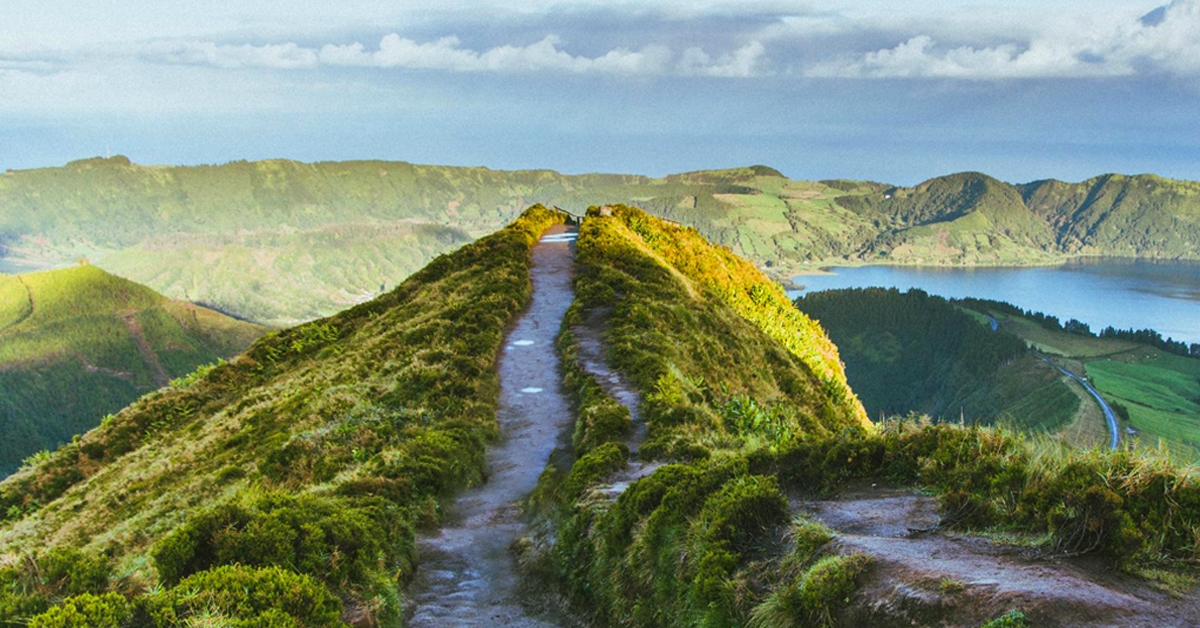 Environmental, social, and governance (ESG) investing is often perceived as a bottom-up investment approach with a focus on selecting the appropriate companies and attaining an acceptable ESG risk/return profile for the overall portfolio. It’s also closely associated with opportunities in key future infrastructure, technology, or initiatives that will help accelerate the world’s transition to a cleaner, more sustainable, and equitable future. There’s now a pressing need to evolve the conversation further and broaden the discourse to include debates on how best to incorporate ESG factors into macroeconomic analysis.

To be sure, this involves more than just adjusting, or for lack of a better word, tinkering, with long-term growth and inflation forecasts—that’s a given. It’s about viewing macro events through an ESG lens in a consistent manner, enabling investors to better understand how sustainability issues could tilt the way markets respond to traditional economic developments and data points. We believe that the future of macro investing is tied to the industry’s ability to devise ways to integrate ESG factors into macroeconomic analysis, or we run the very real risk of getting investment calls—tactical and strategic—wrong.

Applying an ESG lens to the macro outlook isn’t always straightforward. Naturally, there are quantifiable ways to integrate shifting narratives such as carbon taxes and government spending on green infrastructure that have already been announced into macroeconomic forecasts through modeling, but qualitative judgments are just as important—being able to calibrate global central banks’ evolving perspectives on how environmental and social risks could affect their mandate and the way they think about growth will likely produce a material difference to projected economic outcomes.

Crucially, the drive to incorporate ESG factors and macroeconomic analysis remains at a nascent stage of development—we’re closer to the beginning of the journey than the end, and as the relevant data, policies, and available technology become more sophisticated, so too will our ability to embed them into our outlook.

Within this context, we highlight three ways in which ESG factors are already altering our macro perspective and three macro themes that we’re increasingly viewing through an ESG lens.

Climate change and the forecasting process

Many aspects of the E element in ESG are more quantifiable and lend themselves more easily to modeling and scenario analysis than the S and G factors. In addition, an extensive body of work in this area has already been developed, meaning that the set of plausible scenarios relating to climate change are pretty well mapped out. Within that context, we believe the foundation of integrating climate change into any global economic outlook begins with three key factors.

Climate change is altering the way we assess the global economy

1  Impact of climate change differs from region to region
The Paris Agreement aims to limit global warming to 2˚C relative to preindustrial levels¹; as such, many economic forecasters, including us, have incorporated a 2˚ rise in global temperature by 2050 into our models.² This enables us to generate scenarios that incorporate different levels of carbon intensity and changes in global temperatures that ultimately feed into our economic forecast. Broadly speaking, such an exercise has enabled us to observe a nonlinear relationship between productivity and changes in global temperature. For example, we’ve learned that colder regions such as Europe and North America may be more likely to experience a boost in productivity, largely due to an expected rise in agricultural productivity and construction activity, while the reverse is likely to occur in warmer regions such as Latin America and Asia.


3  Transition risks
The transition to an environmentally sustainable future is also likely to introduce new forms of risks to our base-case outlooks, both positive and negative. For instance, a fall in clean energy prices—an outcome of technological advancements—could lead to a drop in demand for fossil fuels, a development that could affect the financial health of traditional energy companies as well as banks and insurers that have underwritten loans for these firms. From a macroeconomic perspective, such an event could have implications for productivity, capital expenditure, and the direction of investment flow, among others. Arguably, the wheels are already in motion: The cost of producing solar power and wind energy has been declining steadily, while breakthroughs in carbon capture and sequestration technology could herald important changes in the future.³ It’s also important to take into account transition risks associated with public policy changes—carbon taxes and carbon emission schemes come to mind. It’s worth noting that these policy decisions could have knock-on effects on growth and should be incorporated into macro analysis as well; for example, official income derived from these initiatives that flows back into the economy through wages and associated capital investment. Understandably, some transition risks will continue to fall into the known unknowns category—changes in private sector sentiment and consumer preferences or the unexpected emergence of disruptive business models that could threaten long-held industry norms. What this means is that macro analysts will need to pay close attention to changes in sentiment and technology. Incidentally, the very nature of known unknowns implies that a larger confidence band around base-case forecasts, particularly those over a longer horizon, could be needed.

It’s important to note that the three areas we’ve highlighted represent no more than a starting place—the list is long and will continue to grow. As the industry uncovers more sophisticated ways of capturing and measuring sustainability factors, we’ll all get better at incorporating issues such as coastal flooding, water scarcity, and migration into our analysis.

Growing ESG awareness has also influenced the way we study global central banks and their policy decisions. In fact, we have a more dovish view of the future path of policy rates globally than would have been the case because we recognize that many central banks have begun to incorporate the impact of climate change into the way they assess economic growth and risks. Notably, several of them are in the process of transitioning their mandates—formally and informally—to include more equitable growth.⁴ Indeed, all major central banks have been vocal and deliberate in their recognition of these issues. The Network of Central Banks and Supervisors for Greening the Financial System, which counts most developed-market central banks as members, has commissioned much in-depth research into ESG issues that we believe will inform central bank thinking going forward. In our view, disregarding this clearly discernable shift among policymakers could risk misreading central bank intentions and lead to overly hawkish macro forecasts.

Source: The Network of Central Banks and Supervisors for Greening the Financial System, Manulife Investment Management, 7/1/21.

Fiscal spending and the growth calculation

We’ve previously written about how the COVID-19 outbreak could lead to structurally higher fiscal spending, bigger governments, and a much higher level of government bond issuance. It’s no secret that economists have tried and tested ways to integrate higher government spending into our economic outlooks; however, how governments spend their cash and what they spend it on have important implications for growth.

For context, the amount of government spending that’s been earmarked for green investments among developed economies in the aftermath of the COVID-19 outbreak is unprecedented: Roughly half of the Biden administration’s American Jobs Plan will be related to green initiatives,⁵ while 37% of the EU recovery fund is climate friendly.⁶ Crucially, these initiatives are expected to have a higher multiplier effect relative to non-green infrastructure spending.⁷ Higher levels of green government spending are also likely to reduce overall carbon transition costs and lower risks that might dampen growth as a result of climate change. These are important elements that need to be factored into macroeconomic forecasts.

Additional macro topics that should be viewed through an ESG lens

We firmly believe that the ESG lens can and should be applied to most traditional macro factors that flow through to investment decisions. While the impact of choosing to embark on such a path may seem subtle initially, we have no doubt that it will soon become a critical component of the macro outlook. We highlight three areas we’ve been focusing on.

1  Strategic shifts in commodities demand and their value as macro signals
The green transition will likely shift supply/demand functions for a variety of assets, particularly in the commodities space. This transition isn’t only about the opportunities within those asset classes, it’s also about thinking differently about their predictive power and value as macro signals. For example, macro analysts have historically used copper as a cyclical indicator, but the ESG transition is likely to affect the demand/supply dynamic for the commodity in a way that may muddy its predictive abilities. Meanwhile, the price of lithium and cobalt—key to manufacturing batteries for electric vehicles—could become an important macro indicator as consumer adoption of electric cars gathers pace. Put differently, viewing changing market dynamics through an ESG lens encourages analysts to evolve their perspective of a historically accepted view that may alter the value we attach to different commodities.


2  The upside risk of rising labor force participation rates
Rising government focus on national childcare programs aimed at increasing female labor force participation rates in a post-COVID-19 environment is a component of the S element in ESG that we believe will have clear implications for growth, inflation, and labor costs. Our preliminary work on this topic suggests that national childcare programs can meaningfully support labor supply, boost growth, and reduce pressure on wages. That said, shifting dynamics within the labor force and the nature of work available aren’t restricted to childcare programs and working parents—an increased policy focus on the economic consequences of gig workers is likely to press on the S in ESG in a more meaningful way. In our view, it’s time to start actively considering how diversity, equity, and inclusion policies will inform macroeconomic analysis going forward.


3  Challenges from rising food inflation and growing inequality
Income inequality is widening globally—it’s an important issue that needs addressing, particularly at a time in which we’re also experiencing rising food price inflation. We see this as a growing risk to the global economic outlook, particularly within the context of a rising global population and sustained deforestation, which could have an adverse impact on food supply. These developments can dent aggregate demand, especially in emerging markets, and lead to political instability, increasing the need for us to add a geopolitical risk premium to our analysis.

Over the course of the last few years, we’ve come to view the integration of ESG factors into macroeconomic analysis as less of a choice and more of a necessity. We are, after all, in the business of identifying emerging trends and evaluating how they could lead to opportunities or translate into headwinds to growth. In our view, failure to apply an ESG lens to all aspects of macroeconomic analysis would hinder our ability to do our work and do it well.

Views are those of the author(s) and are subject to change. No forecasts are guaranteed. This commentary is provided for informational purposes only and is not an endorsement of any security, mutual fund, sector, or index. Past performance does not guarantee future results.

The governance factor of ESG often gets left out of the spotlight. Learn more about how good governance practices can enhance a company.

Market outlook—looking beyond the reopening Optimism about the lifting of lockdown restrictions has been offset by concerns about inflation. How might it affect investment returns?