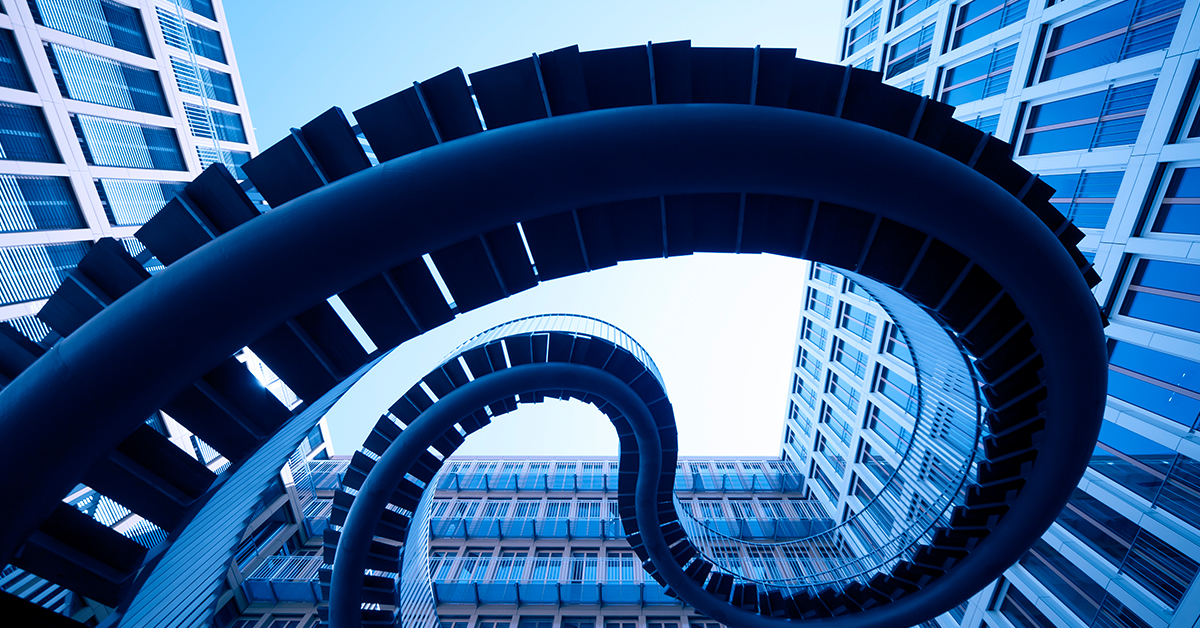 The inversion was triggered in part by expectations of rising interest rates, which had a flattening effect on the curve in preceding months. The actual inversion itself was fleeting. On April 1, the yield of the 2-year bond climbed to 2.44%, above the 10-year Treasury’s 2.39%—the first inversion since a three-day instance in August 2019. The 2-year yield remained higher than the 10-year yield for one more trading day before retreating on April 5 to a rate below that of the 10-year note. (Later that month, bond prices fell sharply—sending yields higher—and the spread between the 2- and 10-year notes widened to 19 basis points as of April 29, far from inversion territory.)

Source: U.S. Department of the Treasury, April 2022. Past performance does not guarantee future results.

Why should investors care when the yield curve flattens or inverts, and what might the recent inversion mean for the economy? First, it’s important to understand what constitutes a normal shape—or progression—of the yields that bonds of varying durations generate for fixed-income investors.

The yield curve reflects the relative differences in yields that bonds pay depending on their maturities—that is, the date after a bond’s issuance when the principal debt is to be repaid with interest. Normally, if other characteristics such as credit quality are equal, a bond with a 2-year maturity would be expected to pay a lower yield than a 10-year bond. That’s the case across the spectrum; just as a 1-month bill is likely to pay a lower yield than a 1-year bill, a 10-year note is likely to pay less than a 30-year note.

This yield differential reflects the fact that the longer a bond’s maturity, the greater the potential that a period of rising interest rates could leave the bondholder with a fixed yield that’s lower than the going rate for newly issued bonds. For example, if rates rise from 2.00% to 3.00% for 10-year Treasury bonds, then previously issued 10-year notes paying 2.00% interest become less attractive. (Similar to maturity, a bond’s duration is a measure of how much its price is likely to change given a corresponding change in interest rates.)

What happens when the yield curve inverts

When a bond’s yield rises above that of a longer duration bond with equal credit quality, that portion of the overall yield curve is said to be inverted. While the spread between the 2- and 10-year Treasury bonds often gets the most attention from investors, an inversion can also occur elsewhere on the curve, and sometimes across a wide range of maturities. For example, the 3-month to 10-year portion of the curve inverted for five consecutive trading days beginning on March 22, 2019. The spread between the yields on 3-month and 10-year U.S. Treasury securities also turned negative prior to each of the preceding two economic recessions.

The yield curve briefly inverted twice over the past five years

Going back further, a protracted inversion of the 2- and 10-year yields ended in May 2007, roughly six months before the start of a recession and the subsequent crisis that enveloped the global financial system in 2008.

Yield curve inversions have been rare over the past 20 years

Links between yield curve inversion, the economy, and the markets

Aside from the implications for fixed-income investors, a yield curve inversion like the one in early April 2022 attracts attention because past inversions have often preceded recessions, and therefore may be seen as warning signs for investors across asset classes, including stocks. Historically, an inverted yield curve has been one of the most reliable harbingers of recessions in the United States; the curve inverted before each of the seven recessions1 that preceded the brief recession in early 2020, which was triggered by COVID-19, an unforeseeable pandemic.

This April’s inversion came during a challenging stretch for the global economy amid Russia’s invasion of Ukraine and sharply rising commodity prices. In the United States, the labor market and economic growth have recently remained strong, but inflation has surged to the highest levels in more than four decades. The U.S. Federal Reserve (Fed) responded on March 16 by raising its benchmark short-term interest rate to a range of 0.25% to 0.50%, up from 0.00% to 0.25%. In addition, the Fed signaled its expectations for a total of seven rate increases over the course of 2022.

Why the bigger impact on the 2-year yield? The Fed’s forecast indicating the likelihood of several rate increases in 2022 led investors to sell 2-year notes, as their yields became less attractive in the face of rates resetting higher just as those bonds approach maturity in an economy facing plenty of headwinds. As a result, yields of newly issued 2-year Treasuries surged to adjust to the new rate outlook.

In contrast, longer dated bonds such as 10-year Treasuries were relatively steady, as their longer durations made them less vulnerable to near-term shifts in monetary policy and the economy. A short-term adjustment to the policy and economic outlook had a far more pronounced impact on the 2-year segment of the yield curve than on other durations, causing a further flattening of the curve followed by a brief inversion—another 2022 milestone in a year that’s provided a rough ride for fixed-income investors.

What to watch going forward

As for whether April’s inversion in the yield curve might indicate a recession lies ahead, it’s hard to say, given that the inversion lasted just a couple days, and could therefore be written off as a false signal. We explore these ideas further—as well as other fixed-income opportunities—in Market Intelligence, our quarterly publication reflecting our asset management network's 12- to 18-month outlook on a range of asset classes.