Interludes of market appreciation have failed to materialize into sustained rallies, as headwinds from factors such as low commodity prices, slow economic growth, the threat of rising U.S. interest rates, and the strength of the U.S. dollar have prevented emerging-market equities from breaking out of their slump.

Early this year, the asset class began to come back, rising from a nearly seven-year low as commodity prices began to rebound. As fundamentally driven specialists in emerging-market equities, we have continued to employ our bottom-up approach to security selection, but with due attention to the macro question, “Does this rally finally mark a turning point for the asset class?”

One of the critical factors is emerging-market corporate earnings, and they remain disappointing, in aggregate. However, negative earnings revisions appear to have bottomed out, in our view, and we believe it would be fair to say that things are “less bad” than they have been for some time.

Analysis of earnings forecasts for 2016 reveals enormous swings in expectations, notably in Brazil, where aggregate annual earnings per share forecasts could rise as much as 40% relative to 2016 estimates made last year. However, it is worth noting that any improvement under such circumstances tends to be considerable, given the extremely low levels that emerging-market earnings fell to amid the economic stress of recent years. Despite this caveat, the rise in earnings expectations is an interesting story in the making. At this juncture, the drivers of emerging-market profit margins are critical. We view margins as a function of commodity prices, industrial production growth, and a process that can be described as self-help.

As for the first of these three factors, it might be prudent to embrace an agnostic view on commodities and assume that prices could-but may not-stabilize at current levels, given how notoriously unpredictable they can be. As for industrial production in the emerging markets, we have noted signs of stability and recovery as recessionary risks fade.

As a result, we believe there are more positives than negatives, particularly among countries that have recently experienced economic distress, such as Brazil and Russia. Corporate earnings in both of these countries have recently been no worse than the worst expectations that were set for them, and there have been positive surprises among relatively strong companies that have benefited from the consolidation that has been a by-product of recent economic distress.

Self-help is the term we use to describe companies that have cut production, reduced production capacity, and addressed stresses on their balance sheets. We would also include those companies that have contained costs by reducing underlying leverage and cutting wages. Such steps could lead to improvements in productivity, potentially yielding an increase in profit margins, which would be a welcome development.

The stock prices of midsize and small companies can change more frequently and dramatically than those of large companies. Foreign investing, especially in emerging markets, has additional risks, such as currency and market volatility and political and social instability. 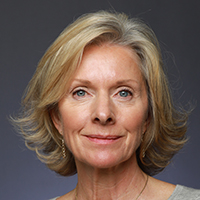 An improved outlook for global economic growth and positive developments in emerging markets bode well for performance of emerging-market equities.