One key takeaway from the U.S. election is that the widely anticipated “blue wave” failed to materialize. As we write this the day after the election, it’s still too early to call the presidential race. But it looks likely that Congress will remain divided, with the Democrats keeping the House and Republicans maintaining control of the Senate. There are several important economic implications regardless of the presidential winner. A large stimulus bill appears less likely than under the blue wave hypothesis. Early indications are that instead of $2 trillion in stimulus, we may be looking at something closer to $500 billion.¹ While this may be a disappointment, the U.S. economy isn’t yet running on fumes. In fact, the Coronavirus Aid, Relief, and Economic Security (CARES) Act, which totaled roughly $3 trillion—over three times the size of the American Recovery and Reinvestment Act of 2009—continues to power economic growth, although at a slower pace than the initial V-shaped bounce. We see the combination of the balance of the CARES stimulus and additional funds as likely supportive of equities.

The centerpieces of the Biden agenda, including higher taxes for those earning more than $400,000, major spending on green infrastructure, and expanding the Affordable Care Act (ACA), will all likely be unlikely to move forward without a Democratic majority in both chambers. Similarly, under a Trump presidency, plans such as providing more tax relief or altering the ACA also probably won’t see the light of day. There are actions a president can take under executive order, including taking regulatory or deregulatory measures and imposing or removing tariffs, but major policy changes are unlikely.

Fixed-income implications of a divided Congress

Regarding the bond market, all else equal, a divided Congress would result in a lack of follow-through in the recent backup in U.S. Treasury yields. We’re already seeing this through substantial volatility in the 10-year yield, with the rate ranging from about 92 basis points early on election night down to the mid-70s as the likelihood of major fiscal stimulus decreased. We’ve been viewing any increase in Treasury yields as a buying opportunity. The intermediate part of the curve looks the most attractive to us, as we expect the U.S. Federal Reserve’s extremely accommodative stance to remain in place, suppressing return potential at the short end. A mild credit bias is also appropriate, and we see investment-grade corporates, in the 2% to 3% range, as an attractive source of yield.

The postelection outlook for stocks: rotating back to quality

Stocks are up meaningfully as of this writing. One explanation is that markets are cheering continued gridlock in Washington. Many believe investors prefer this scenario because they envision less policy uncertainty. More importantly, a rotation may be playing out beneath the surface. The prospects of a blue wave had been helping the most cyclical parts of the market going into election night, including materials, energy, and financials. But the reflation trade may be reversing as hopes for a large stimulus package fade, making these areas potentially less attractive, particularly if earnings fail to meet seemingly optimistic 2021 estimates. Instead, we prefer quality sectors with relative earnings stability, including healthcare, technology, communications services, and consumer staples. We also continue to believe that a broadening of market participation, with mid caps and industrials performing well, will occur over time as the global economy improves.

A balanced approach as cash gets put to work

After presidential elections, investors usually come back into stocks. This historical trend should be a tailwind for equities over the next 12 to 18 months as cash comes off the sidelines. If anything, we think that present conditions make the core principles of a balanced portfolio even more appropriate. Investors should embrace stocks, but in a disciplined, risk-conscious manner, while looking to fixed-income securities for ballast.

Views are those of Emily R. Roland, CIMA, co-chief investment strategist, and Matthew D. Miskin, CFA, co-chief investment strategist, for John Hancock Investment Management, and are subject to change and do not constitute investment advice or a recommendation regarding any specific product or security. This commentary is provided for informational purposes only and is not an endorsement of any security, mutual fund, sector, or index. Past performance is no guarantee of future results. Diversification does not guarantee a profit or eliminate the risk of a loss.

How should investors approach the upcoming election? 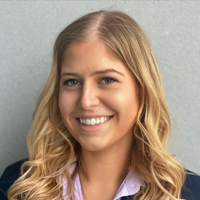 Uncertainty typically spikes in the lead up to the U.S. election. Manulife Investment Management's macroeconomic team highlights themes that investors should be monitoring.

Cash on the sidelines? Where to invest

Many investors reduced their stock exposure and held on to cash in response to the recent sell-off. Now that calm’s been restored, is it time to return to the markets?